Skip to content
Geotechnical Services Done Right.
Discover the top pick for geotechnical services, foundation repair, and engineering. Serving the Southeast since 2006!
Get a Price
Get a Free Estimate

A sinkhole—also known as a cenote, swallet, or doline—is a ground depression that forms when the surface layer of soil in an area collapses. Sometimes sinkholes form slowly over time, in which case they are referred to as “cover-subsidence” sinkholes. These sinkholes don’t pose a major safety concern since they develop so gradually, but they should still be addressed sooner rather than later as they can cause serious foundation damage to nearby structures. The other type of sinkhole, known as “cover-collapse” sinkholes, forms quickly and without warning, making it much more dangerous. If you have a sinkhole of either type on your property in the Huntsville, Alabama, area, you can turn to the team at Engineered Solutions of Georgia for reliable sinkhole repair services.

The method used to repair a sinkhole can vary based on how large and deep the sinkhole is. However, one of the most effective and popular sinkhole repair techniques we use is compaction grouting. This method works by boosting the strength of the underlying soil structures, thereby increasing the load that the surface soil can bear. Our compaction grouting process entails:

To learn more about partnering with Engineered Solutions of Georgia for sinkhole repair services in the Huntsville, AL, area, contact us today to schedule a consultation.

Get a Free Estimate

“Engineering solutions provided excellent customer service and able to answer all pre-work questions allowing me the comfort for the extensive work performed. Very professional company and willing to recommend their services in the future.”

A Commercial Foundation Repair Company That's Built On
Understanding, Trust & Respect
Our Core Values Are at the Heart of Everything We Do
Get Started
Foundation Cracks? Sinkholes?
We Can Help!
Schedule a Consultation Today
Contact Us
See What We Can Do For You!
View Our Past Projects
Learn More

“Very knowledgeable, explains the process, quick scheduling, the crew were respectful, completed the job as scheduled & work was above par!!! We would Highly recommend them for any commercial/residential needs that you have.” 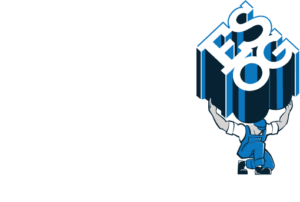